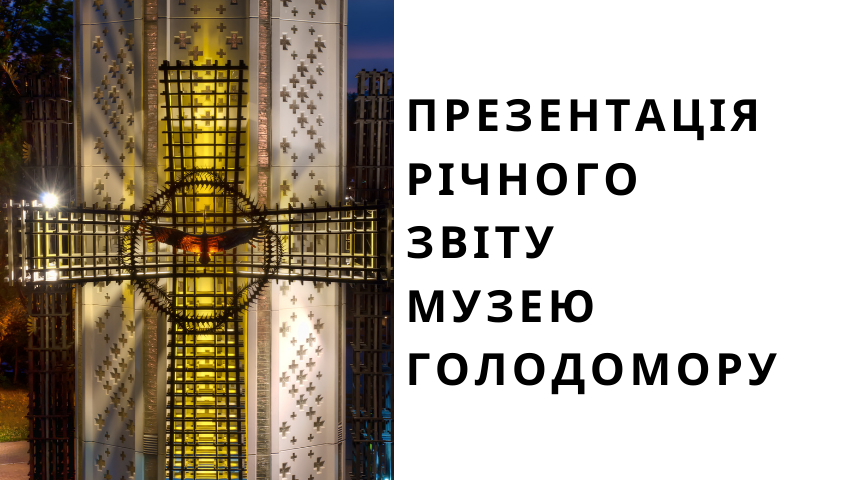 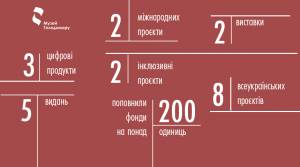 National Museum of the Holodomor Genocide presented its annual report. Despite the pandemic and challenges, in 2020 the Museum staff managed to:

“We believe that the whole world should know the truth about the genocide of Ukrainians, so that crimes against humanity never happen again. Knowledge of the history of the Holodomor of 1932–1933 helps to analyze not only the historical past of Ukraine and the world, but also modern social and political processes.

This year we have changed our project formats, ways of interacting with our audience and become more accessible. To communicate with visitors, subscribers, foreign delegations, tourists, partners and colleagues, we have implemented more than 10 large international and national projects. Our team created an audio guide in 33 languages, recorded the stories of 120 Holodomor witnesses in 9 regions of Ukraine, created a bilingual historical mobile application about Kyiv during the Holodomor, adapted the official website, museum space and educational classes for the visually impaired visitors, and filmed video tours.

The museum tries to be accessible online and offline for all people of ages, so that everyone knows the history of the genocide of the Ukrainian nation. Understanding the crime of the Holodomor, the genocide of Ukrainians committed by the Kremlin, ensures the preservation of the sovereignty and independence of our country,” Olesia Stasiuk, director general of the Holodomor Museum, said.

During the year, two foreign delegations visited our museum: the President of the Republic of Poland Andrzej Duda and the President of the Swiss Confederation Simonetta Sommaruga. Canadian Foreign Minister Francois-Philippe Champagne, US State Department Coordinator Nathan Sales and Argentine Ambassador to Ukraine Elena Mikusinski visited the museum on their own initiative, outside official records. 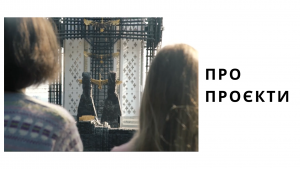 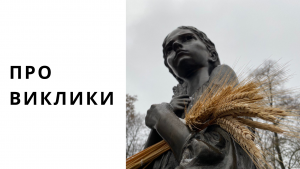 Perhaps the most high-profile event of 2020 was the act of vandalism of the “Bitter Childhood Memory” sculpture, which took place on the night of August 21—22. This news outraged Ukrainian society and the world community. On September 29, 2020, one of the main symbols of the complex was returned to the exposition of the National Museum of the Holodomor Genocide.

In 2021, the staff of the Holodomor Museum will work on the exposition of the second part of the Museum, the construction of which began in 2017, will continue to record survivors’ memories and collect exhibits.

The Holodomor Museum is the only museum in the world that tells about the genocide of Ukrainians. We teach to resist hatred and human rights violations, we warn society against the crime of genocide by accumulating and disseminating knowledge about the Holodomor.

To get more information about our projects and to support them in information, please contact us by e-mail [email protected] or by calling +380674397507 (Olha Syrotiuk, museum communications manager).