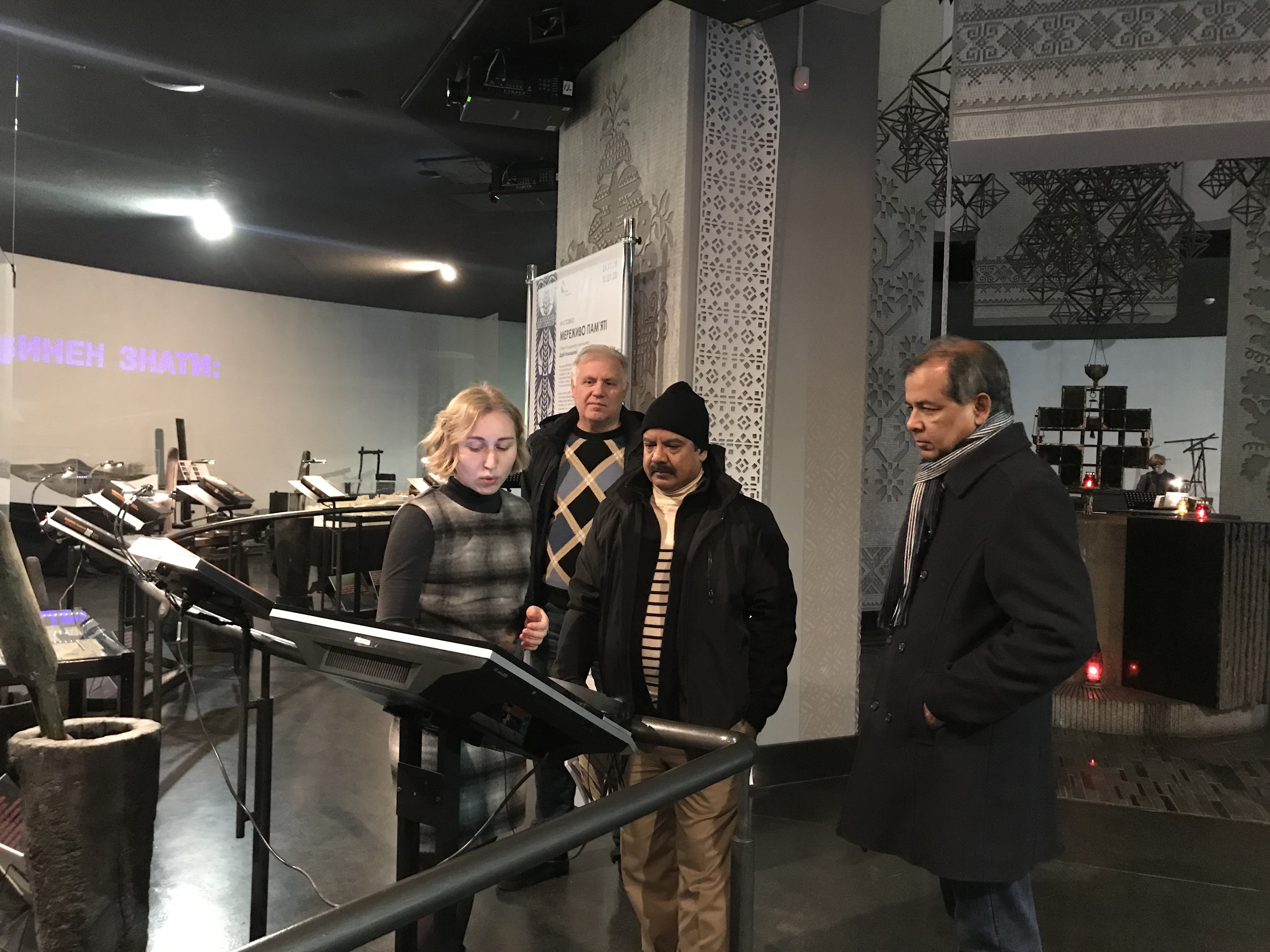 A delegation from Bangladesh recently visited the Holodomor Museum. The was the part of an initiative to establish the 1971 : Genocide-Torture Archive & Museum during the Bangladesh War for Independence, which will operate under the patronage of the Ministry of Cultural Affairs of the People’s Republic of Bangladesh.

The guests listened to the tour and met with the first deputy director of the museum Iryna Batyrieva. Further cooperation and the signing of a memorandum between the Holodomor Museum and representatives of the 1971 : Genocide-Torture Archive & Museum are planned.