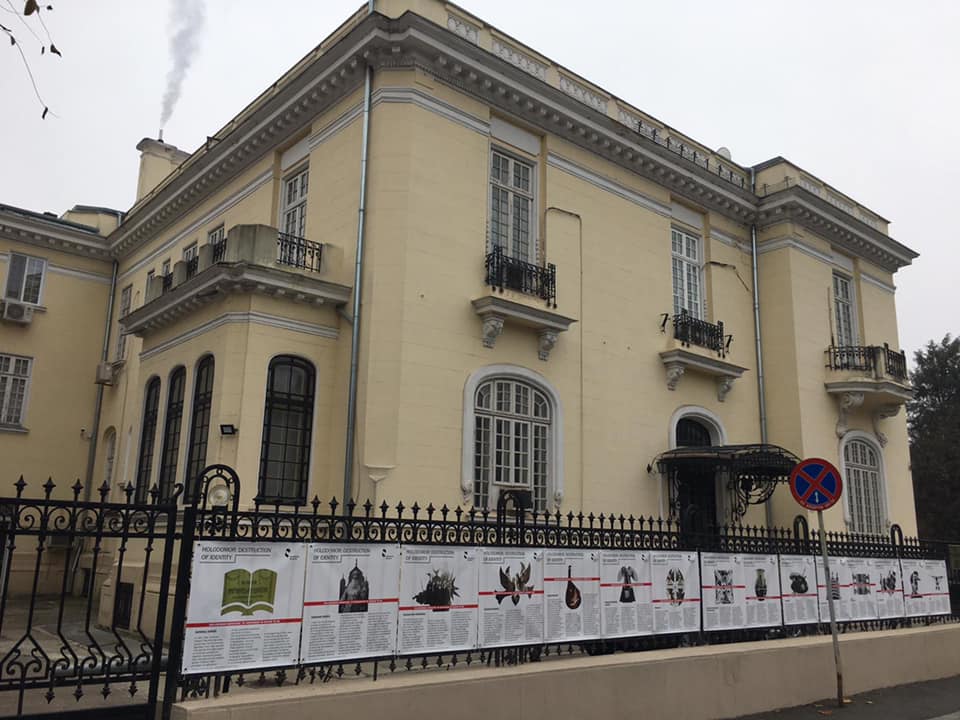 “Holodomor: Destruction of Identity” Exhibition Was Opened in Bucharest

An exhibition of the National Museum of the Holodomor-Genocide “Holodomor: Destruction of Identity” opened in Ukraine at the Ukrainian Embassy in Bucharest to mark the 87th anniversary of the Holodomor of 1932–1933. It reveals the history of the destruction  of Ukrainian farmers—keeper of traditions, customs, language and culture by the communist totalitarian regime.

Ukrainian diplomats in Romania have called on everyone to join the national minute of silence at 4 p.m. and light a Remembrance Candle in the windows of their homes.

We remind that in 2018, exhibitions on the Holodomor “Executed by Famine: Unknown Genocide of Ukrainians” and “Hungry Symphony” were presented in Romania.