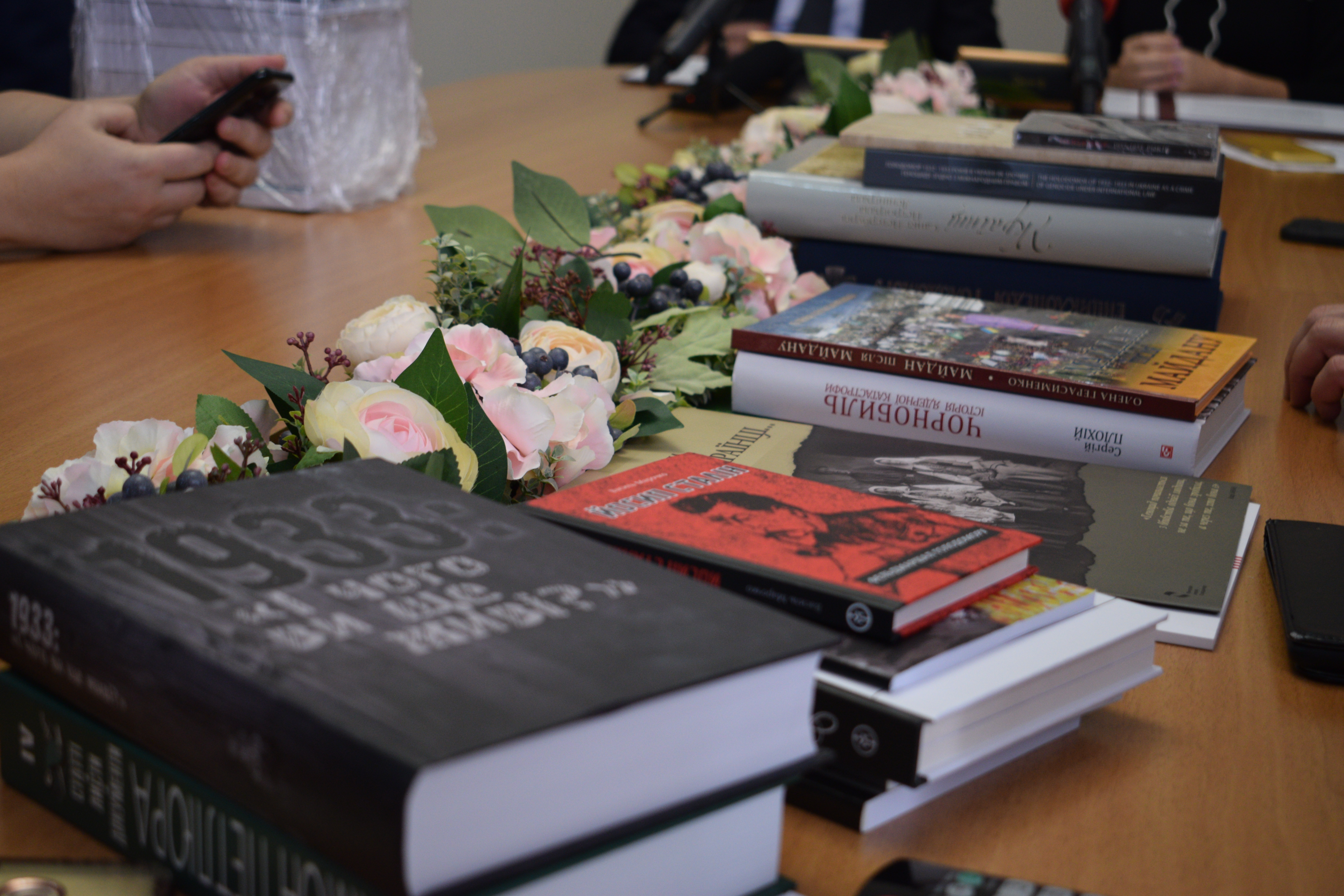 Libraries of Cherkasy Region Received Books about the Holodomor

Thanks to the project, the library received contemoprary scholar and popular books on the history of Ukraine of the twentieth century, in particular about the Holodomor of 1932–1933.

Among them, there are Encyclopedia of the Holodomor of 1932–1933 in Ukraine, Essays on the Holodomor, or Why We Need to Know the Whole Truth about the Genocide of Ukrainians by Olesya Stasiuk, The Holodomor Genocide: Vocabulary, Joseph Stalin—Field Marshal of the Holodomor by Vasyl Marochko, The Truth about the “Golden” September of 1939 by Volodymyr Serhiichuk, Ark of Father Kovch, My service to the Motherland (memoirs of Kost Smovsky, a famous participant in the national liberation struggle for the revival and establishment of Ukrainian statehood in 1917–1921), From the Archives of the VUCHK-GPU-NKVD-KGB (9 scientific and documentary journals which contain materials of closed archives of special services, law enforcement agencies, biographical essays about the dissident (opposition) movements of 1960–1980 in Ukraine, who became victims political repression in the USSR, martyrology of the names of those killed in prisons and camps of the NKVD).

Libraries of Cherkasy region that received sets of books from the National Museum of the Holodomor-Genocide.

We remind that on November 27, 2020, a round table discussion took place in Cherkasy about the concept of creating a thematic museum dedicated to the Holodomor in Cherkasy region, which will help form a collective memory of the region and spread truthful information about 1932–1933.