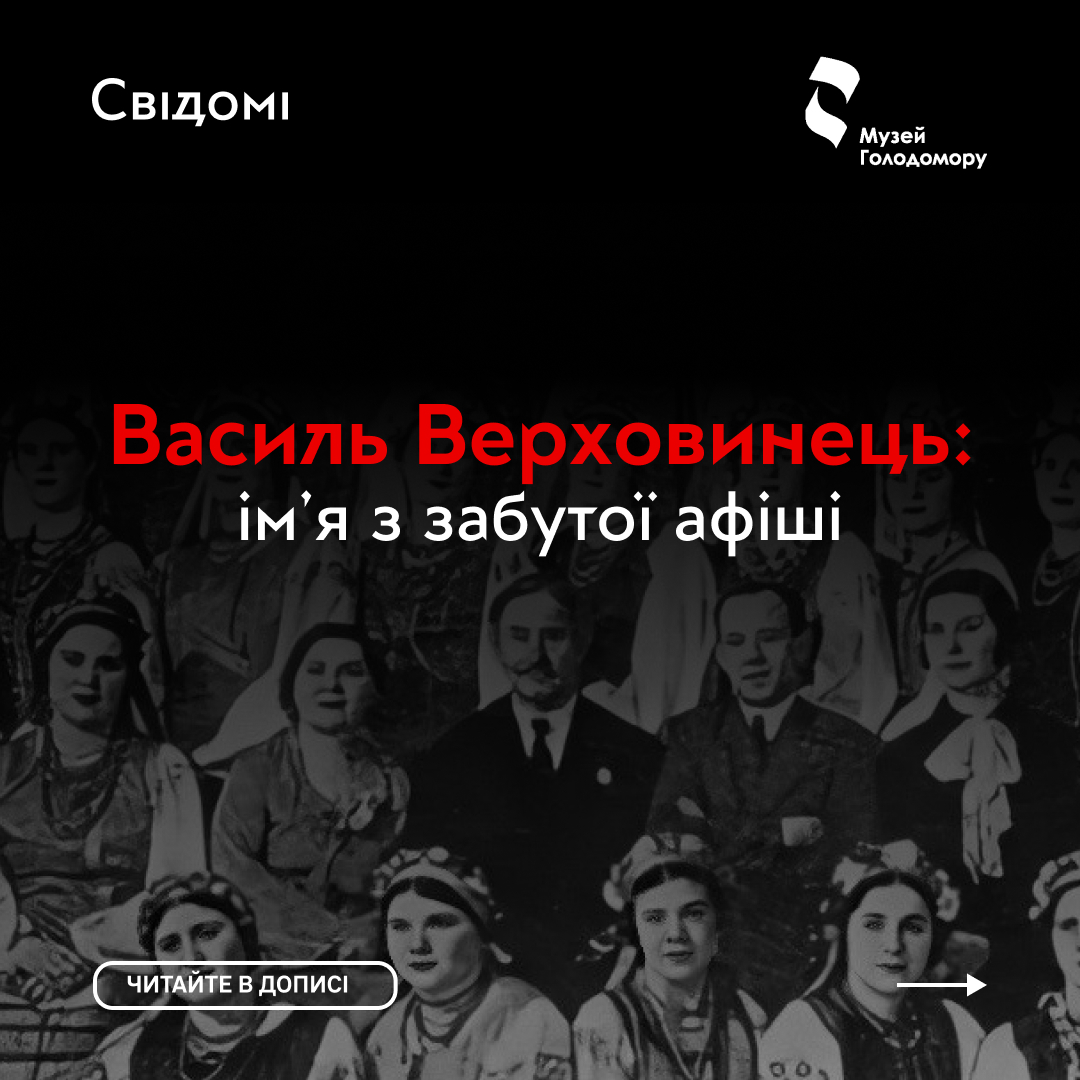 Vasyl Verkhovynets: a name from a forgotten poster

One of the brightest representatives of the Ukrainian creative intelligentsia of the 20s and 30s of the last century was Vasyl Verhovynets, a composer, choreographer, and folklorist. His name used to be removed from theatre posters for many years, and even after rehabilitation in 1958, it remained undeservedly forgotten in Soviet Ukraine.

Vasyl Mykolaiovych Verkhovynets (real name Kostiv) was born on January 18, 1880 in Ivano-Frankivsk region. The family of the future composer and choreographer was in love with the song—his father led the church choir, and his mother had a beautiful voice, which Vasyl inherited. The son of talented parents later connected his future with music and theatre too.

After graduating from the Sambir teachers’ seminary, he taught for some time. But in 1906, fate brought the provincial teacher together with theatre luminary Mykola Sadovsky. He immediately noticed the talented boy and took him to his troupe. At first, he worked as an artist of scenic images, and later his voice already charmed the people of Kyiv.

In addition to singing, he perfectly mastered choreography. In 1910, he made his debut with a dance production of Lysenko’s opera “Aeneid.” And later, he devoted a considerable part of his life to the art of folk dance, writing a whole manual on the study of the art of folk dance.

In 1930, Vasyl Verhovynets created the “Zhinchorans”—a theatrical female choir in Poltava. This ensemble not only performed songs but also danced to the song beat. At that time, it was a completely innovative step.

Lviv, Kyiv, Poltava, Kharkiv, Odesa—these cities, where the artist lived and worked in different years, heard and saw the results of Vasyl Verkhovynets’ work. Are these only Ukrainian cities? In 1935, he was invited to prepare a dance group to perform at the First International Folk Dance Festival in London. Vasyl Mykolayovych together with the ballet master Zhukovsky staged a unique performance, the 3-part Hopak. For this staging, the Ukrainians received the first prize and favourable reviews from the European press.

He even joined a new art form at that time—cinema. In 1933-1934, at the Odesa Film Studio, Ivan Kavaleridze worked on the film “Koliivshchyna,” Vasyl Verkhovynets led the choir filmed and also took part in the filming as an actor.

In addition to the work on Ukrainian choreography “The Theory of the Ukrainian People’s Tank” (1919), which we have already mentioned, Vasyl Verhovynets is the author of the collection of children’s games and songs Vesnianochka (Spring Song, 1925), the work “Ukrainian People’s Wedding” (1914). He also created the popular songs “Zahray, Kobzariu,” “Bil’she nadiyi, braty,” and “Grymy, grymy, mohutnia pisnia!” which became popular.

He could have had a bright star future, but, regretfully, Vasyl Mykolayovych had to live and create in terrible times. In 1927 and 1932, he was arrested twice on charges of involvement in the SVU (The Union for the Liberation of Ukraine) but he was released both times due to lack of evidence. December 23, 1937—arrest again. This time, evidence of participation in a counter-revolutionary nationalist organization was “found.” After exhausting lengthy interrogations, Vasyl Verhovynets pleaded guilty to the fact that back in 1919 (!), while living in Poltava, he participated in the organization of an insurrection against the Soviet authorities.

On April 10, 1938, he was sentenced to death. The sentence was carried out the next day. Only 20 years later, in 1958, Vasyl Verkhovynets was rehabilitated. It is assumed that the choreographer’s final resting place is Bykivnia – the place where the flower of the Ukrainian nation, destroyed during the Great Terror, rests.

Todos Osmachka: a poet from hell.