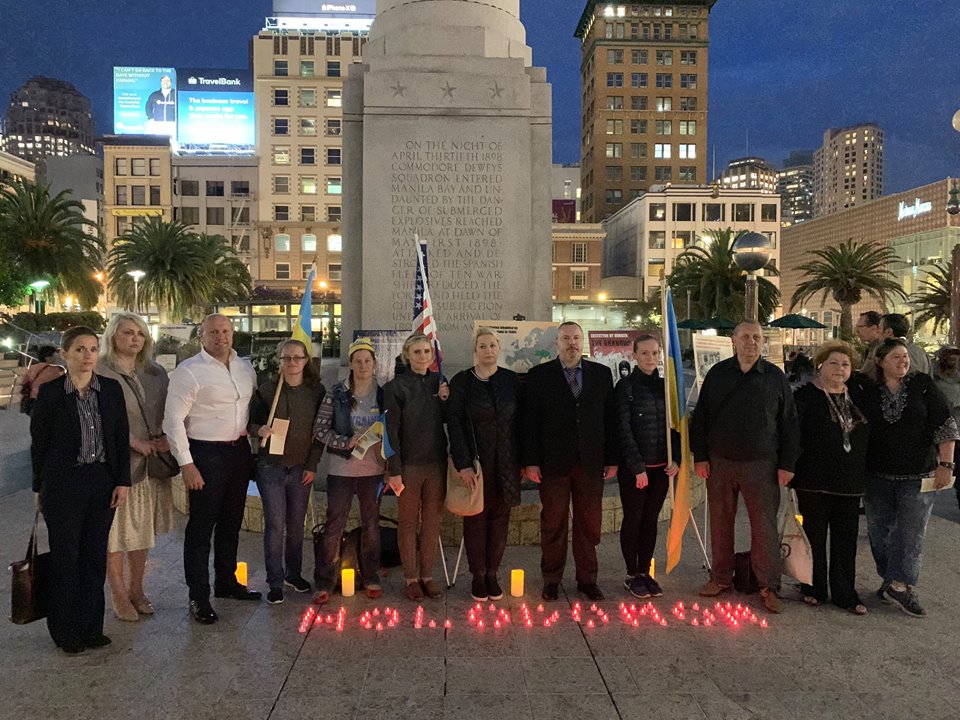 Action 'Lets burn a candle of memory' runs in the USA

On October 1-2, 2018, the International Campaign to “Lets Light a Candle of Memory!” was held in San Francisco (California), Kergington (New York) and Hartford (Connecticut).
On October 01, 2018, the Ukrainian community of Northern California joined the International Action “Let’s burn a candle of memory!” dedicated to the 85th anniversary of commemoration of the victims of the Holodomor-Genocide in Ukraine in 1932-1933, it is reported on the Facebook page of the Consulate General of Ukraine in San Francisco.

The event, organized by the California Committee on Holodomor, the Ukrainian-American Coordination Council and the Consulate General of Ukraine in San Francisco, was attended by representatives of the Ukrainian-American public, cultural and religious organizations of California, as well as employees of the consular establishment and members of their families.The Consul General of Ukraine Serhiy Alyoshin addressed the audience and reminded us of the scale and consequences of the genocide organized by the Soviet government for the Ukrainian people and the actions of the Ukrainian side and the community regarding the recognition of this crime as official genocide by the United States.To commemorate the 85th anniversary of the Holodomor, representatives of the Ukrainian community read the names of 85 dead children from the lists of millions of dead. During the event, photographs of the Holodomor were provided by the Consulate.The action was held in the central square of Union Square in San Francisco and attracted the attention of local residents and tourists. The memory of the dead was celebrated with a minute of silence.
October 2 The action was held in the cities of Kergington (New York) and Hartford (Connecticut), according to a page in Twitter of the American Committee to commemorate the Holodomor-Genocide.
We remind that the President of Ukraine together with his wife joined the International action “Let’s light a candle of memory!”
On September 1, the action “A Candle of Light” began at the National Museum “Memorial to the Holodomor Victims.”
The 85-day campaign you can watch at the web-site 85th anniversary of the Holodomor.