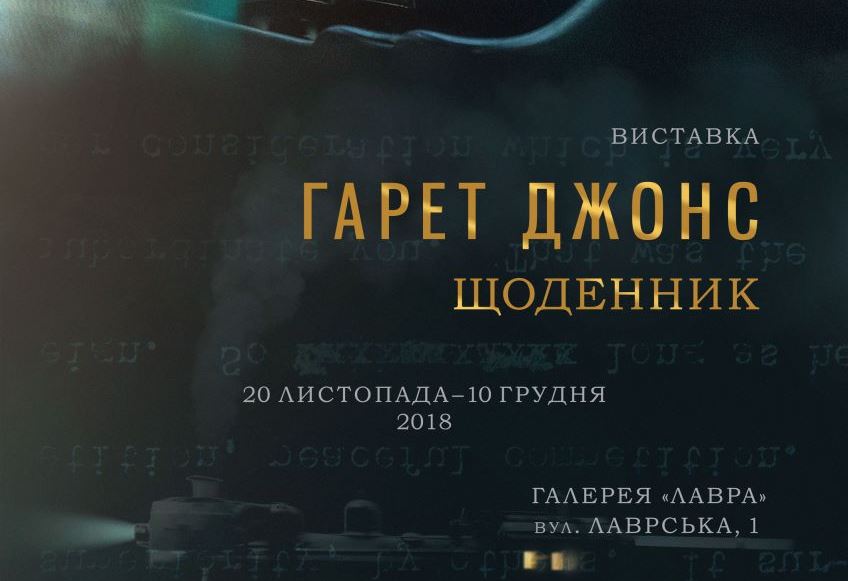 On November 20, an interactive exhibition called “Gareth Jones. Diary” will be opened in the “Lavra” Gallery. It is dedicated to the figure of the famous British journalist Gareth Jones, who was one of the first to tell the world the truth about Holodomor of 1932-33 in Ukraine. The exhibition, organized by FILM.UA Group, Kinorob and AMUSEUM with the support of the Ukrainian Cultural Foundation and the Ukrainian Institute of National Remembrance, will be the first step in the implementing of the large-scale social and educational project of FILM.UA Group aimed at popularizing the person of Gareth Jones in Ukraine and throughout the world.

Interactive exhibition “Gareth Jones. Diary “, which will take place from November 20 to December 10 at the “Lavra” Gallery, is a story about the sense of justice of one person, which made it possible to preserve the memory of the victims of the Genocide of the Ukrainians. It is a story about true values ​​that can strike a totalitarian system. This is the story of a man and his actions, a personal choice between justice and blindness, and about the fact that the choice of a person, even when he is one against the whole world, is decisive,” the authors of the exhibition emphasize.

On January 31, 2018, the nephew of Gareth Jones – Nigel Colli, who devoted his life to preserving the memory of Gareth Joneses work on the Holodomor in Ukraine (his articles, diaries, and letters) and the distribution of this information in the world, died.