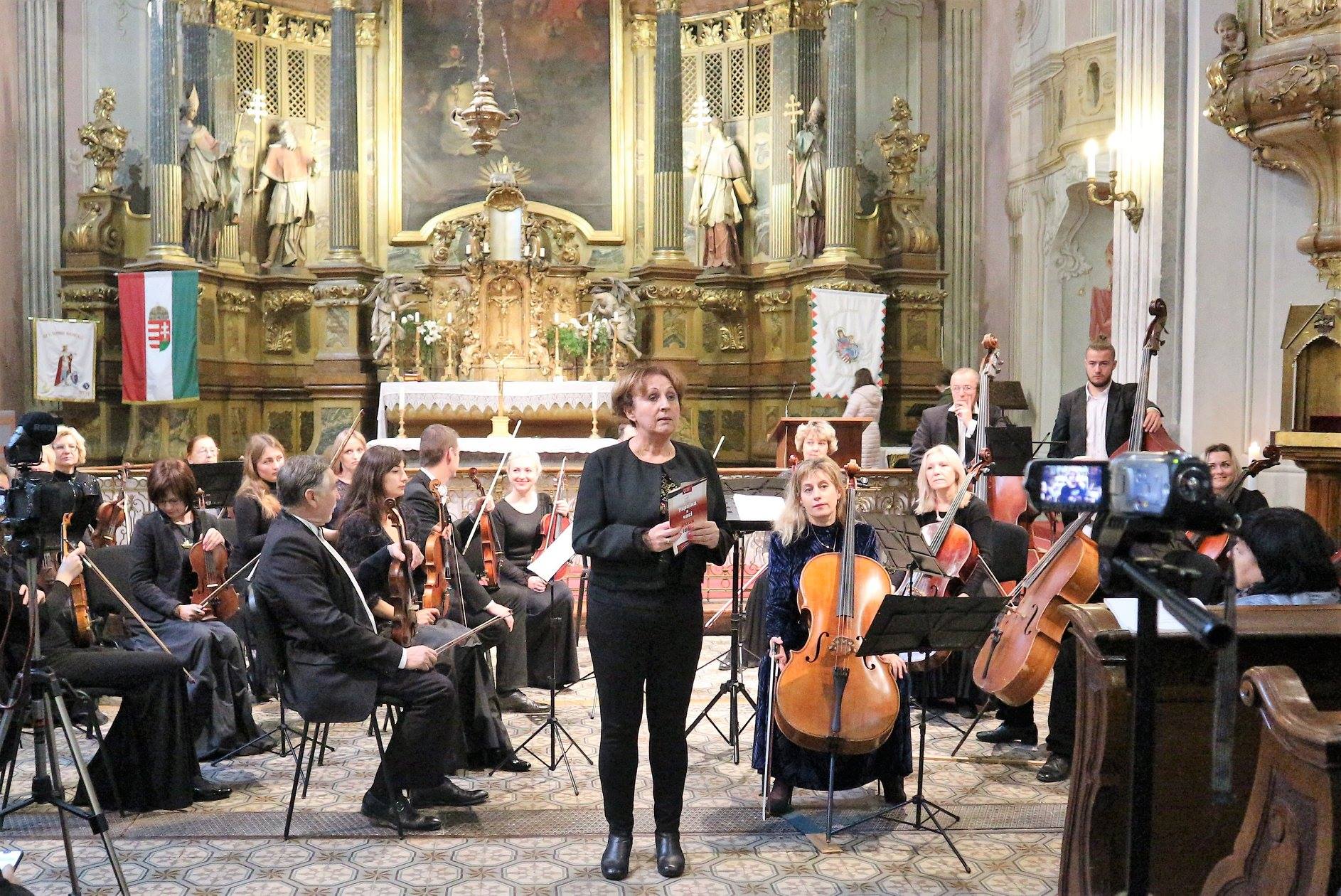 On November 18, 2018 in Budapest at the church of St. Mikhail, a concert-requiem of the Symphony Orchestra took place at the Transcarpathian Regional Philharmonic in commemoration of the Holodomor victims of 1932-33 in Ukraine, organized by the Society of the Ukrainian Culture Society in Hungary, informs the press service of the Ukrainian Embassy in Hungary.

“Before the concert, the Ambassador Extraordinary and Plenipotentiary of Ukraine to Hungary, Liubov Nepop and the Head of the Ukrainian Culture Society in Hungary, Yaroslava Khortiani, addressed the guests.

In her speech, L. Nepop thanked Hungary for being one of the first in 2003 to recognize Holodomor as a genocide of the Ukrainian people, and Y. Khortiani, thanks to her initiative and active efforts of the Ukrainian community, this resolution was approved by the Hungarian State Assembly. The ambassador also drew attention to the ongoing Russian aggression against Ukraine, which aims to destroy the national consciousness of Ukraine and the desire to deprive it of its own future as it was during Holodomor”, – the message informed.

On September 1, the action “Let’s light a candle of memory!” began at the National Museum “Holodomor Victims’ Memorial”.

During the 85-day campaign, you can watch all the news on “The 85th anniversary of Holodomor” website.