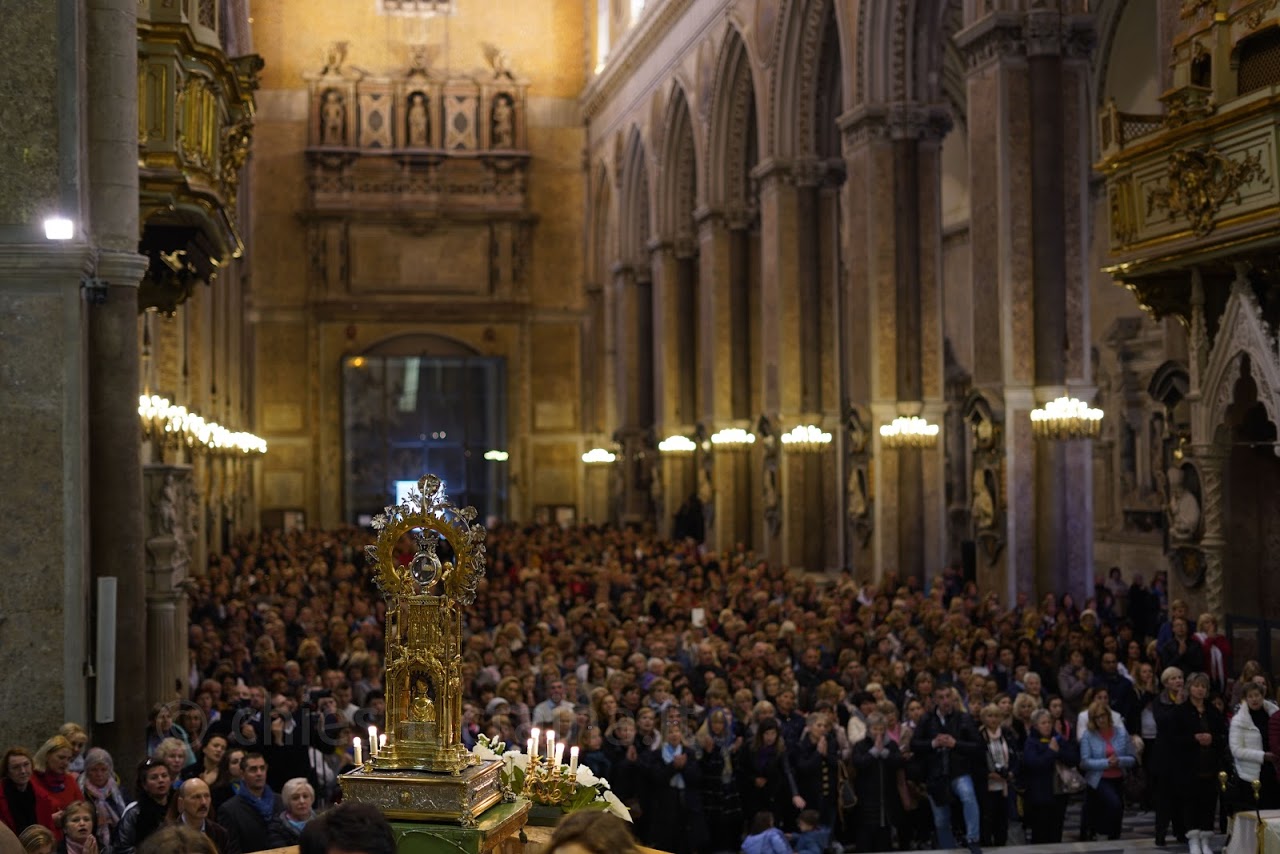 Campaign "Let's light a candle of memory!" in Naples

In the Cathedral of Naples, numerous Ukrainian communities honored the Holodomor-Genocide victims, the press service of the Ministry of Foreign Affairs of Ukraine informs.

Participation in the action was taken by the Ambassador of Ukraine at the Holy See T. I. Izhevska, Consul General of Ukraine in Naples V. S. Hamotskyi, His Beatitude Sviatoslav Shevchuk (head of the UGCC), local cardinal Kreshentsio Sepe, representatives of the city authorities, parishes of the UGCC, as well as local residents .

In the framework of the 85th anniversary of the tragedy and a worldwide action “Let’s Light a Candle of Memory!” a list of 85 children killed along with many other children and adults, was proclamated during Holodomor.

Significantly, the Naples Cathedral did not accommodate all those wishing to take part in the action. Unique is that one of the most important cathedrals in Italy was given to a foreign community – the Ukrainian as a sign of respect for it and solidarity with the Ukrainian people. During the liturgy, the community and the clergy prayed for the soldiers who defend our state and European democracy and security on the continent as a whole in the east of Ukraine.

It is unprecedented that the Cathedral in connection with the action about Holodomor for the Ukrainian community issued a blood ampoule of St. Januarius, the main patron saint of the city, which is usually shown only three times a year on the occasion of his holiday and exclusively for Neapolitans, who are always waiting for this event (for example, if the blood in the ampoule turns out to be rare, then this is a good news for Naples and Campania region, which everyone is genuinely happy about).

On November 18, during the Ukrainian action, blood became rare, which was very positively perceived by our community as great news for Ukraine!

The commemoration of the Holodomor victims in Naples became another testimony to the unity, patriotism of the citizens of Ukraine in the south of Italy, the importance of the role of church in the lives of local Ukrainians, and solidarity with our people of many Neapolitans, representatives of local authorities and clergy.