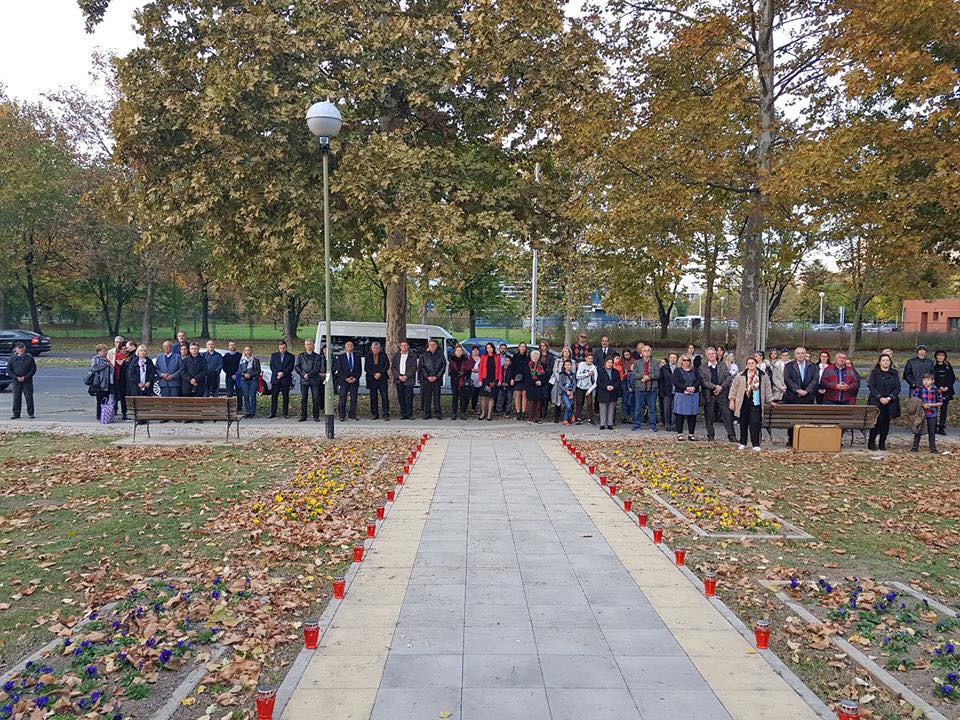 Croatia joined the Action "Let's Light a Candle of Memory!"

On October 25, 2018, an international action, dedicated to the 85th anniversary of the Holodomor in Ukraine in 1932-1933, “Let’s Light a Candle of Memory,” was held in Zagreb, the press service of the Embassy of Ukraine in the Republic of Croatia reports.

In honor of commemoration of Holodomor victims, 85 candles were lit and 85 names of children who died because of the Holodomor-genocide were read out. A prayer was performed by the church choir of the Cyril and Methodius Greek Catholic Church.

On the same day in the cultural center “Travno” an exhibition “Executed by hunger. Unknown genocide of the Ukrainians” was displayed.

The interim mediator Y. Simonov in his interview to the Central Croatian Television journalists emphasized the need for the Croatian Sabor to recognize the Holodomor of 1932-1933 as an act of genocide against the Ukrainian people.