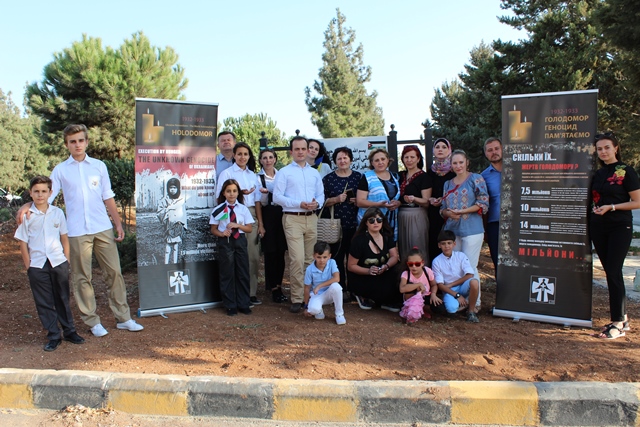 In the capital of Jordan, a candle of light was lit

“After making symbolic photos near the memorial desk in the park, all participants of the event lit a candle of memory and commemorated the victims of the Holodomor by a minute of silence at the embassy. The diplomatic staff acquainted the participants with the purpose of this action and reminded of the events of those years. At the end of the evening, Victoria Brychkova- Abu Kadum read authorized her own poems devoted to the genocide of the Ukrainian people”, the message says.

To recall, on September 2, 2018, the Embassy of Ukraine in the Republic of Turkey and the Ukrainian community of Turkey joined the International event dedicated to the 85th anniversary of the Holodomor “Let`s Light a Candle of memory!”.

On September 1, the action ” Let`s Light a Candle of memory!” started at the National Museum of the Holodomor Victims Memorial.