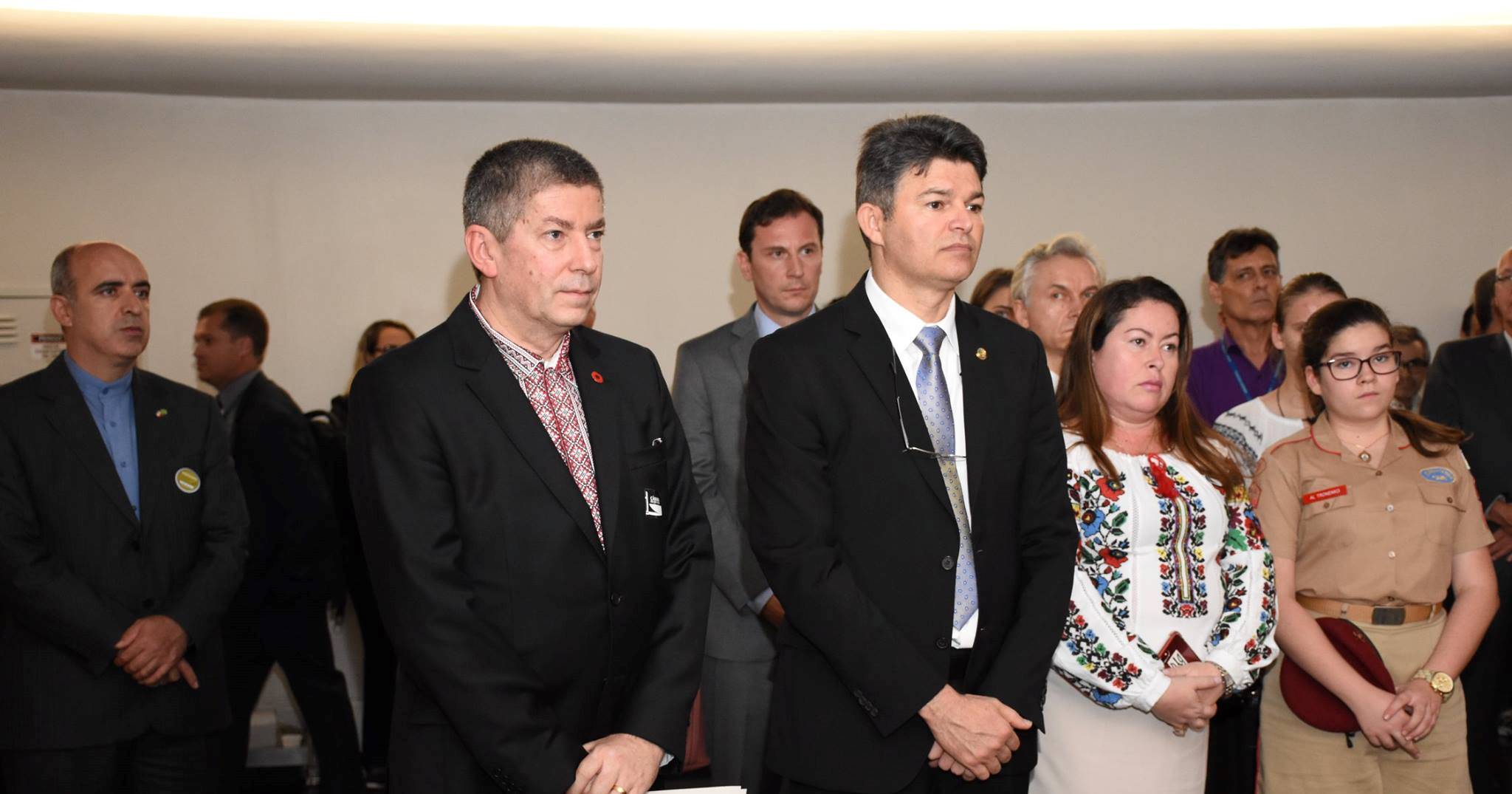 On May 9 this year Ambassador of Ukraine to Brazil Rostyslav Tronenko opened the Portuguese version of the exhibition “Ukraine in 1932-1933: The Genocide by Starvation” in the Federal Senate of Brazil’s National Congress, the press service of the Embassy of Ukraine in the Federal Republic of Brazil reports.

This exhibition is a joint project of the Ukrainian Institute of National Memory, the National Museum “Holodomor Victims Memorial ” and the Ministry of Foreign Affairs of Ukraine.

“The ambassador of Ukraine said that the execution of millions of innocent people became possible only as a result of the policy of terror carried out by the Soviet regime. He also noted that the scope of repressions was the result of silencing the tragedy in the world “, – the statement said.

The presentation was attended by Brazilian parliamentarians, as well as diplomats from Germany, Georgia, Japan, Azerbaijan, Iran, Cuba, the Netherlands, Peru and Switzerland.

In Brazil there are about 1 million descendants of Ukrainian settlers. They were represented by the Honorary Consul of Ukraine in Sao Paulo and the First Deputy Chairman of the Ukrainian-Brazilian Central Representation, Jorge Rybka.

Ambassador of Ukraine to Brazil Rostyslav Tronenko expressed the hope that the National Congress of Brazil will recognize the Holodomor as the genocide of the Ukrainian people.

The exhibition will be showed in the Gallery of the Senate until May 18.

We recall that in April this year a documentary exhibition on the Holodomor was opened in Mexico.