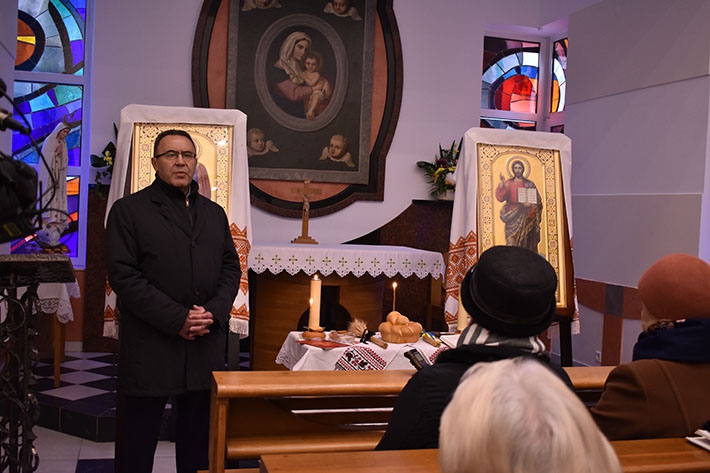 International Action "Let's Light a Candle of Memory!" in Chisinau

On November 13, the Embassy of Ukraine in Moldova held the action “Let’s Light a Candle of Memory!” in Chisinau, dedicated to commemoration of the victims of the 1932-1933 Holodomor in Ukraine, the press service of the Ministry of Foreign Affairs of Ukraine reports.

Within the framework of the action, the memorial service was performed by the rector of the Greek Catholic community “The Intercession of the Blessed Virgin” of the UGCC in Romania by Father Roman Popravka. During the event, a list of 85 names of children, who became the victims of the Genocide, was read out.

The action was participated by the staff of the Embassy with their families, the representatives of the Ukrainian community of Moldova, Moldovan media and indifferent inhabitants of Chisinau.

The Ambassador of Ukraine to the Republic of Moldova, I. Hnatyshyn, spoke to the guests. He drew attention to the causes and the consequences of the artificial Holodomor-genocide, planned and organized by the Stalinist totalitarian regime to humiliate Ukrainians. The speaker also emphasized the importance of understanding of the historical stages of the formation of statehood and the struggle for Ukraine’s independence by the younger generations, and asked to remember the history in order to prevent such a tragedy in the future.

The memory of innocent victims of Holodomor in Ukraine was honored with a minute of silence.