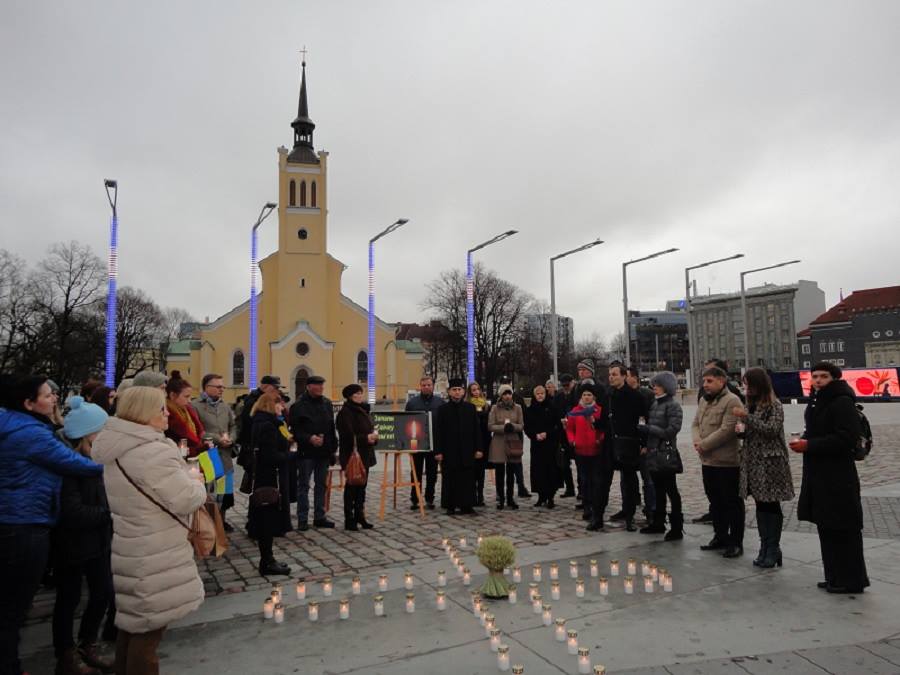 International Action "Let's Light a Candle of Memory!" in Estonia

On November 9, 2018 in Tallin on the central square of the city (Sq. of Freedom) at the Monument to the War of Independence and Cross of Liberty, the Congress of Ukrainians of Estonia and the Embassy of Ukraine in the Republic of Estonia held an Action “Let’s Light a Candle of Memory” to commemorate the victims of Holodomor of 1932-1933 in Ukraine, the press service of Embassy of Ukraine in Estonia informs.

At the beginning of the event, the leaders of the Congress and the Embassy referred to its participants.

During the action, the names of the 85 Ukrainian children who died as a result of the Holodomor of 1932-1933 in Ukraine were mentioned.

Representatives of the Ministry of Foreign Affairs and the Ministry of Culture of Estonia, local political and cultural circles, as well as the foreign diplomatic corps accredited in Estonia participated in the event together with Ukrainian Embassy staff in Estonia and activists of the Ukrainian diaspora in Estonia.