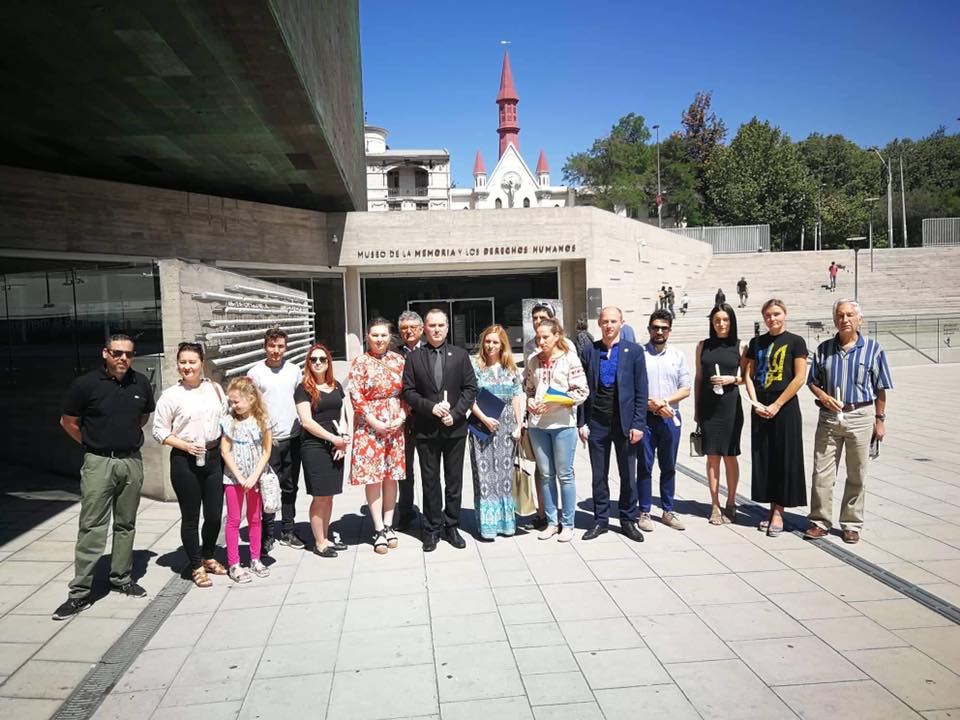 International action "Let's Light a Candle of Memory!" was held in Chile

Ukrainian community of Chile joined the International Campaign “Let’s Light a Candle of memory!”, dedicated to commemorate the victims of Holodomor of 1932-1933 in Ukraine. The event was attended by the representatives of Ukrainian community, public organizations and friends of Ukraine, as well as the employees Embassy of Ukraine in Chile, the press service of the Ministry of Foreign Affairs of Ukraine informs.

Since this year’s action, which started on September 1 in Kiev, is dedicated to the memory of children who died during Holodomor genocide, the representatives of Ukrainian community read out the names of 85 children, who died, from a list of millions of Holodomor victims. Then those present lit the candles of memory and honored the memory of the dead by a minute of silence.

“For a long time the topics of the Holodomor were forbidden to speak about, and those who dared to talk about it were persecuted. After getting the independence, Ukraine again started to talk aloud about this tragedy, one of the greatest humanitarian catastrophes of the twentieth century, which occurred in the heart of Europe. Those who does not remember his past, has no future,” said Vitalii Tsymbaliuk, Charge d’Affaires of Ukraine in Chile.

The action, which was held at the Chilean Museum of Remembrance and Human Rights, dedicated to the commemoration of the victims of the dictatorship, ended with a showing of the documentary film “Holodomor. Technology of Genocide” in English and with Spanish subtitles. The Embassy of Ukraine in Chile handed over the film and booklets on Holodomor in Spanish to the Museum.