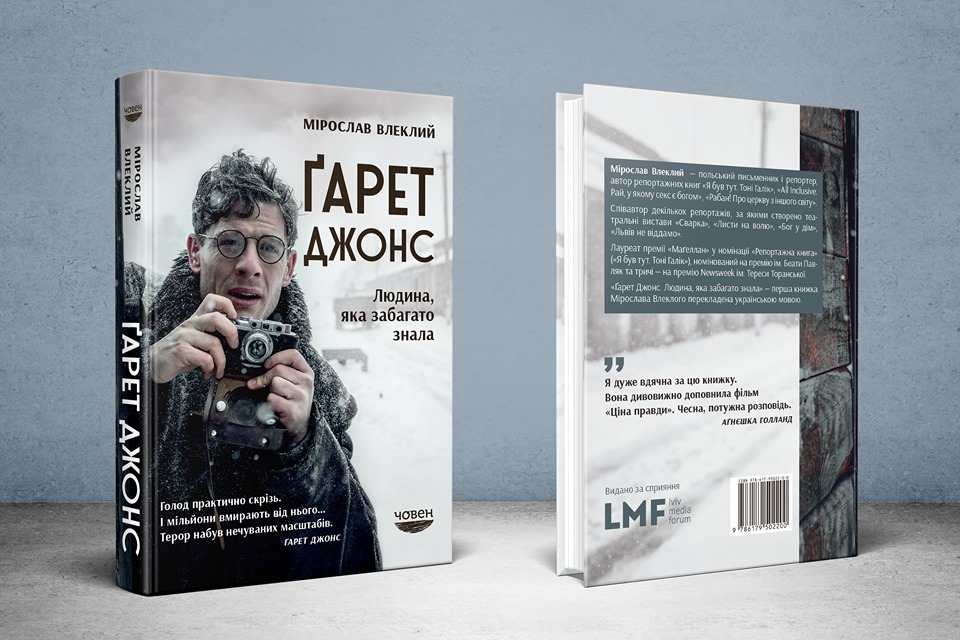 “Choven” Publishing House has completed the translation and literary editing of Mirosław Wlekły‘s book The Man Who Knew Too Much.

The book is written in the form of a report of Gareth Jones‘ es journey to the Soviet Union in the 1930s. The British journalist visited Ukraine during the period of mass deaths from the Holodomor and was the first to tell the truth about the genocide of Ukrainians in the Western media.

“I walked along through villages and twelve collective farms. Everywhere was the cry, ‘There is no bread. We are dying’. In the train a Communist denied to me that there was a famine. I flung a crust of bread which I had been eating from my own supply into a spittoon. A peasant fellow-passenger fished it out and ravenously ate it. I threw an orange peel into the spittoon and the peasant again grabbed it and devoured it. The Communist subsided. I stayed overnight in a village where there used to be two hundred oxen and where there now are six. The peasants were eating the cattle fodder and had only a month’s supply left. They told me that many had already died of hunger. Two soldiers came to arrest a thief. They warned me against travel by night, as there were too many ‘starving’ desperate men,” Gareth Jones described what he saw in Ukraine.

The printing of the book will begin with the easing of quarantine restrictions, the Publishing House informs.

In 2019, the book Gareth Jones. The Price of Truth was presented in the Holodomor Museum.