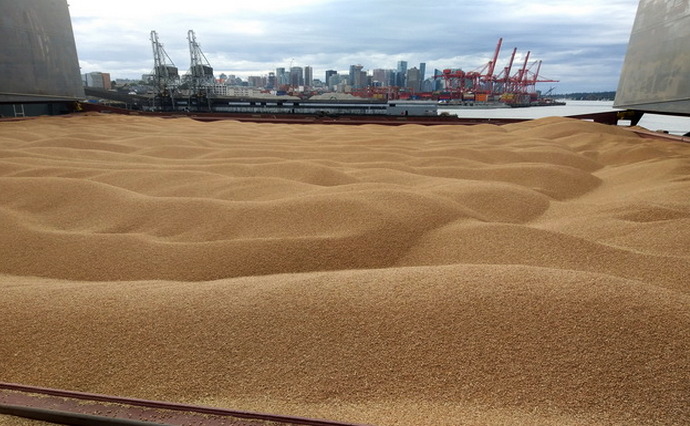 Most of the future harvest – 70 percent – Russian occupation forces plan to withdraw from the occupied territories. Already, the Russian occupiers are exporting most of the harvest from the Kherson region. It was announced by the representative of the Main Intelligence Directorate of the Ministry of Defence, Vadym Skibitsky, in an interview with Krym.Realii.

According to him, the occupying forces in the Kherson region and part of Zaporizhzhia “gave an ultimatum” to local farmers that everything that will be produced in these regions will be taken to Russia.

At the same time, the invaders were surprised that there were no collective farms in Ukraine. “Undoubtedly, the occupiers had been very surprised by the issue of land distribution. Issuance of land to the population, shares. The first question they were very surprised at: ‘Why don’t you have collective farms? Take everything, and return everything to the collective farms. And all the harvest that will be collected – 30% remains for you, 70% goes to Russia. It is a return to the times of collectivization, the times of the Soviet Union when this was the arrangement in these territories.” – said the representative of the GUR.

He added that such a policy of Russia would lead to the depletion of the occupied territories.

It is worth mentioning that according to the Minister of Agrarian Policy and Food of Ukraine, Mykola Solsky, the Russian occupiers have already stolen and exported from Ukraine approximately 400-500 thousand tons of grain. The value of the stolen, even by the most modest estimates, is estimated at more than 100 million dollars.