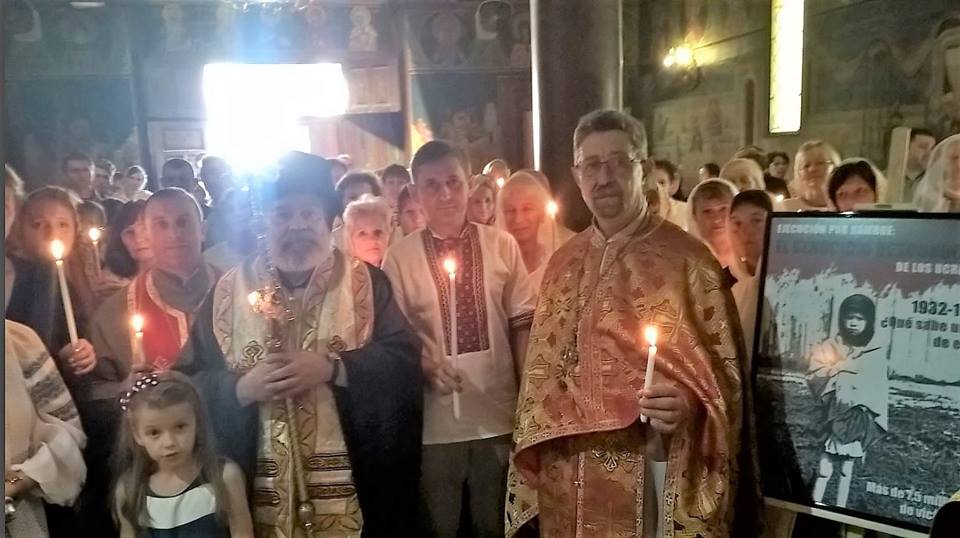 Spain joined the "Let's Light a Candle of Memory!" action

In the Ukrainian Orthodox and Greek Catholic parishes of Madrid and other cities of Spain on October 7, the “Let’s Light a Candle of Memory!” was held to commemorate the victims of the 1932-1933 Holodomor genocide in Ukraine, the press service of the Embassy of Ukraine in Spain informs.

The goal of the Action, which started 85 days before the Holodomor Victims Day – November 24, 2018, is to unite Ukrainians from around the world and citizens of other countries to commemorate one of the greatest crimes in the history of mankind of the twentieth century in order to prevent from repeating similar genocides in the future, and to testify its memory.

Recall that on June 4, 2018, President of Ukraine Petro Poroshenko during a working visit to the Kingdom of Spain met with the Chairman of the Congress of Deputies Ana Maria Pastor.

The issue of Holodomor sounded in the discussion of issues of cooperation between countries and contemporary European challenges, in particular those related to the aggressive policy of the Russian Federation. The President of Ukraine appealed to the Spanish Parliament to recognize the Holodomor as a genocide of the Ukrainian nation and invited them to visit Ukraine.