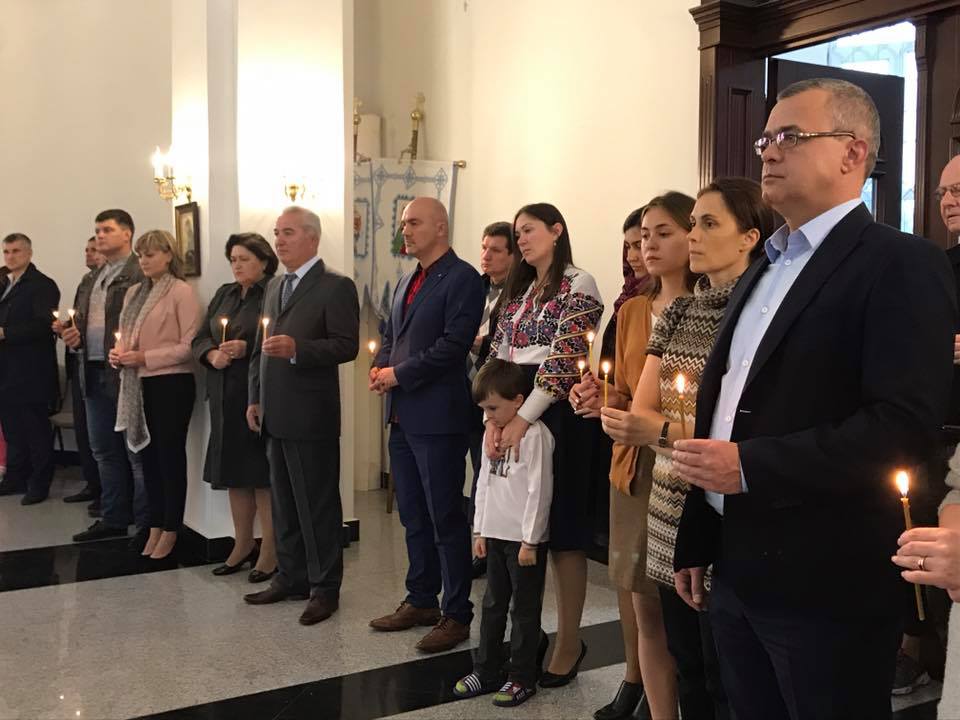 The "Let`s Light a Candle of Memory!" campaign was accepted by Kazakhstan

In the morning in the St. Joseph Ukrainian Greek Catholic Church in Astana a prayer service for those who perished during the Holodomor of 1932-1933 was held. The worship was held by Father Andrew. In his speech, he stressed that this worship is a manifestation of solidarity with Ukrainians all around the world in prayerful remembrance of millions of victims of the Holodomor. Participation in the service was taken by parishioners of the church, diaspora representatives, and embassy diplomats.

At 10 o’clock, the solemn laying of flowers at the monument to the victims of the Holodomor of 1932-1933 took place at the corner of the Republican and Abay avenues. A scholar, history specialist, deputy director of the Institute of State History of the Committee of Science of the Republic of Kazakhstan Ministry of Education and Science A. Kashkimbayev (engaged in the study of the themes of the Great Famine in Kazakhstan in 1932-1933 (Asharchiki)) joined the ceremony.

The Cultural and Information Center of the Embassy of Ukraine in the Republic of Kazakhstan hosted a showing of a documentary film about the Holodomor of 1932-1933. After the film was viewed by students of the 47th school in Astana and representatives of the Ukrainian community in Kazakhstan, Extraordinary and Plenipotentiary Ambassador of Ukraine to the Republic of Kazakhstan Ivan Dmytrovych Kuleba spoke to the audience.

A. Kashkimbayev, deputy director of the Institute of the History of the Republic of Kazakhstan, described the events of the Great Famine of 1932-1933 in Kazakhstan, and paralleled this event with the Holodomor of these years in Ukraine. A. Kashkimbayev also called on the participants of the event to preserve the memory of this terrible tragedy and prevent it from happening in the future.

Thematic events within the International action “Let`s Light a Candle of Memory” have also been held today in Pavlodar and Karaganda.

To recall, on September 9 the action was held in Azerbaijan.

On September 8 the action was held in Australia, Belarus and Senegal.

On September 7 action “Let`s Light the Candle of Memory” was held in Armenia and Mozambique.

Also, the action was joined in Beijing.

On September 2, 2018, the International action “A Candle of Light” was held in Turkey.

On September 1, the action “Let`s Light a Candle of Memory!” began at the National Museum “Holodomor Victims Memorial”.