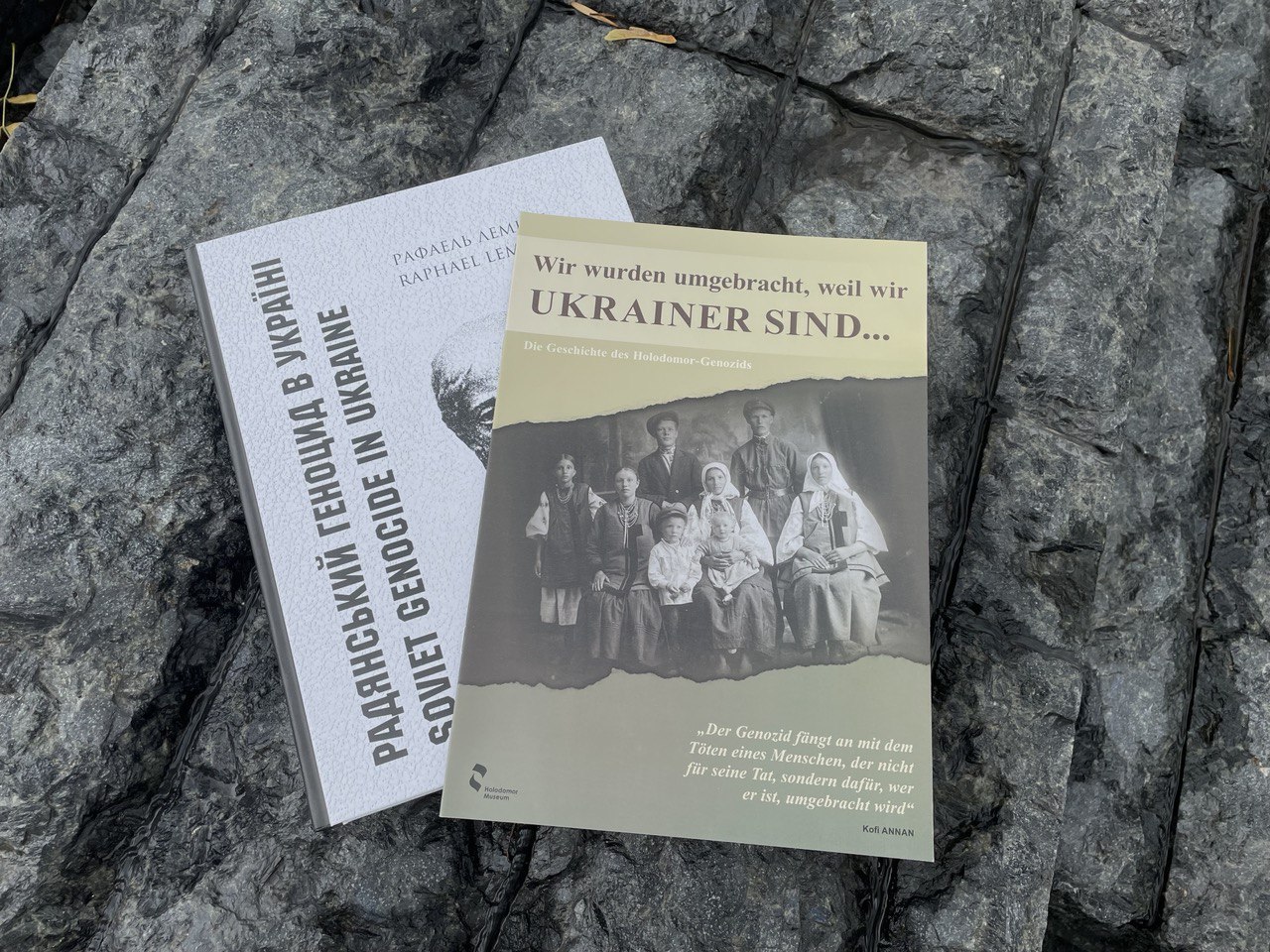 On October 4, 2022, the Holodomor Museum handed over printed materials about the 1932-1933 Holodomor to the organization Union of Ukrainian Organizations in Germany (UUOG). One of the directions of the organization’s work is spreading information about Ukrainian culture and history in German society. Among the transferred materials are six collections containing the famous report of Raphael Lemkin, “Soviet Genocide in Ukraine,” in German and translated into thirty-two other languages, as well as 300 brochures in German “We were killed because we are Ukrainians”.

In September, the head of the UUOG, Rostyslav Sukennyk, asked the Holodomor Museum for help in selecting informational materials that could be presented in Germany on the 90th anniversary of the Holodomor-genocide. Currently, the Holodomor Museum, together with UUOG, is working on the translation into German and the presentation in Germany of the exhibition “Why does Russia steal grain? (Non) new history of crime”.

It is worth reminding that in November 2021, the Embassy of Ukraine in Germany, in cooperation with the Holodomor Museum, organized the Month of Remembrance for the Victims of the Holodomor of 1932-1933.