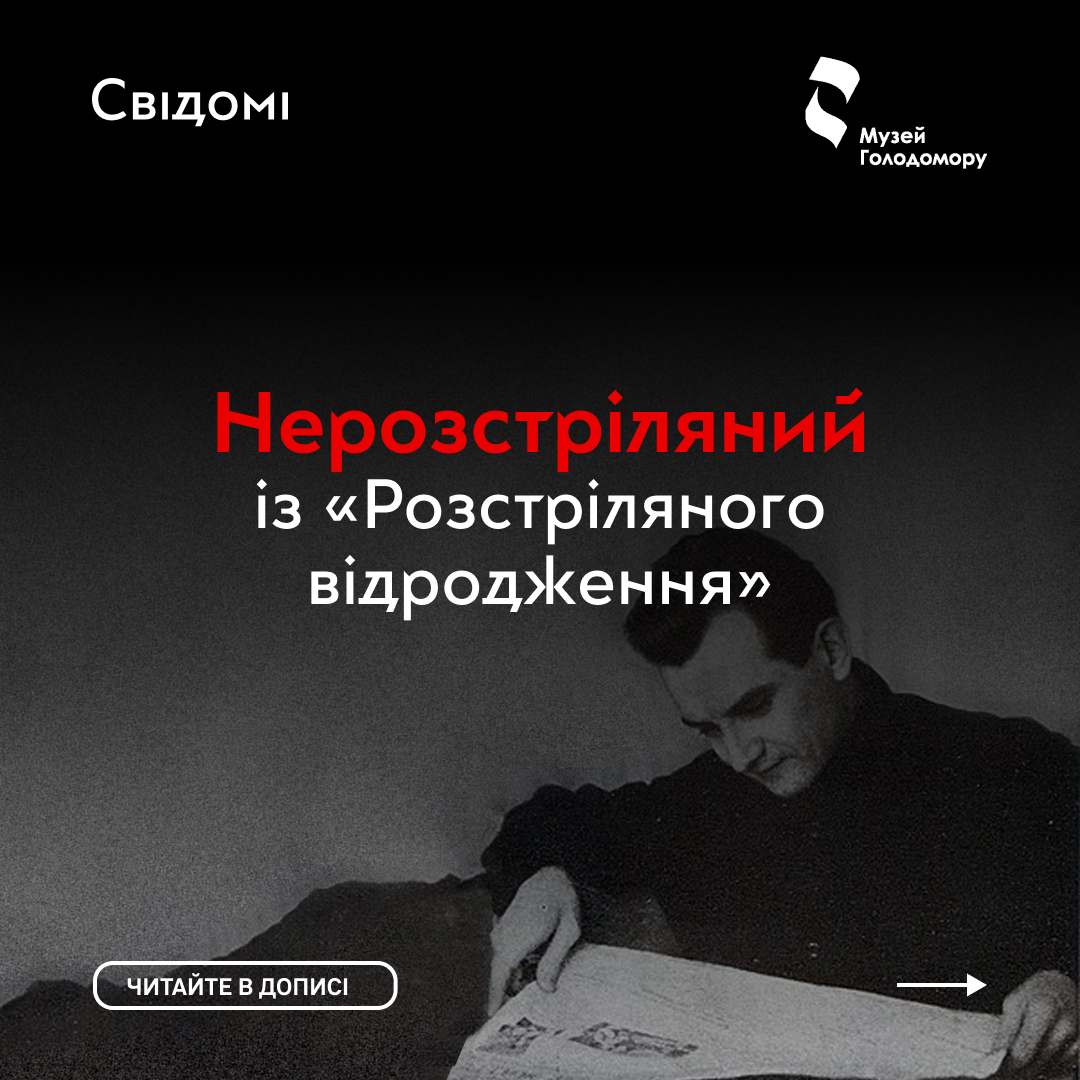 The not shot one from “The Shot Renaissance”

The not shot one – this is what one of the greatest poets of Ukrainian literature of the 20th century is often called, — Evgeny Pluzhnyk.

Pluzhnyk was born in 1898 in the village of Kantemyrivka in the Voronezh region, where Ukrainians lived compactly. Fleeing from hunger, in the summer of 1921, Yevhen Pluzhnyk went to Kyiv and studied at the Mykola Lysenko Kyiv Music and Drama Institute. Despite his academic success, he had to leave the institute due to tuberculosis. Subsequently, he worked as a translator, and in the evenings, he continued self-education and wrote poems. He also became a member of the organization “Lanka” (later “MARS” – Workshop of the Revolutionary Word). ” Lanka” united the ‘Kyiv nonconformists of the time, who saw their task as the fight against “graphomania and arrogance” in literature.

The members of the organization were constantly monitored because of their reluctance to cooperate with the regime. In 1928, the group had to stop its activity because repressions began against the artists.

On December 4, 1934, the writer was arrested and accused of belonging to a “nationalist terrorist organization.” In March 1935, the visiting Military Board of the Supreme Court sentenced him to be shot. Later, the sentence was changed to 10 years of imprisonment, which Yevhen Pluzhnyk spent in the Solovetsky Islands, where he died of tuberculosis in 1936. His last words were: “I will wash, remember the Dnipro, and die.” Pluzhnyk was buried at the camp cemetery. The guards allowed only one convict to be present at the funeral. Valerian Pidmogylny, Pluzhnyk’s closest friend, conducted him in the last way. Not even a nameless mass grave on the largest island of the Solovetsky Archipelago has been saved to this day. Pluzhnyk’s symbolic grave was installed at Baikove Cemetery in Kyiv.

During the poet’s lifetime, two collections of his poems were published: “Days” and “Early Autumn.” Pluzhnyk became the prototype of the poet Vyhorsky in Valerian Pidmogylny’s novel “The City.”

However, party criticism did not accept creativity, particularly due to the  “pessimism” and “negative attitude towards reality.”

In his texts, Pluzhnyk depicted a person in the whirlwind of events of the Soviet reality of that time:

“The sun was setting. The grass swayed.

Listed the bullets – just enough for everyone!

“From under the same roof.”