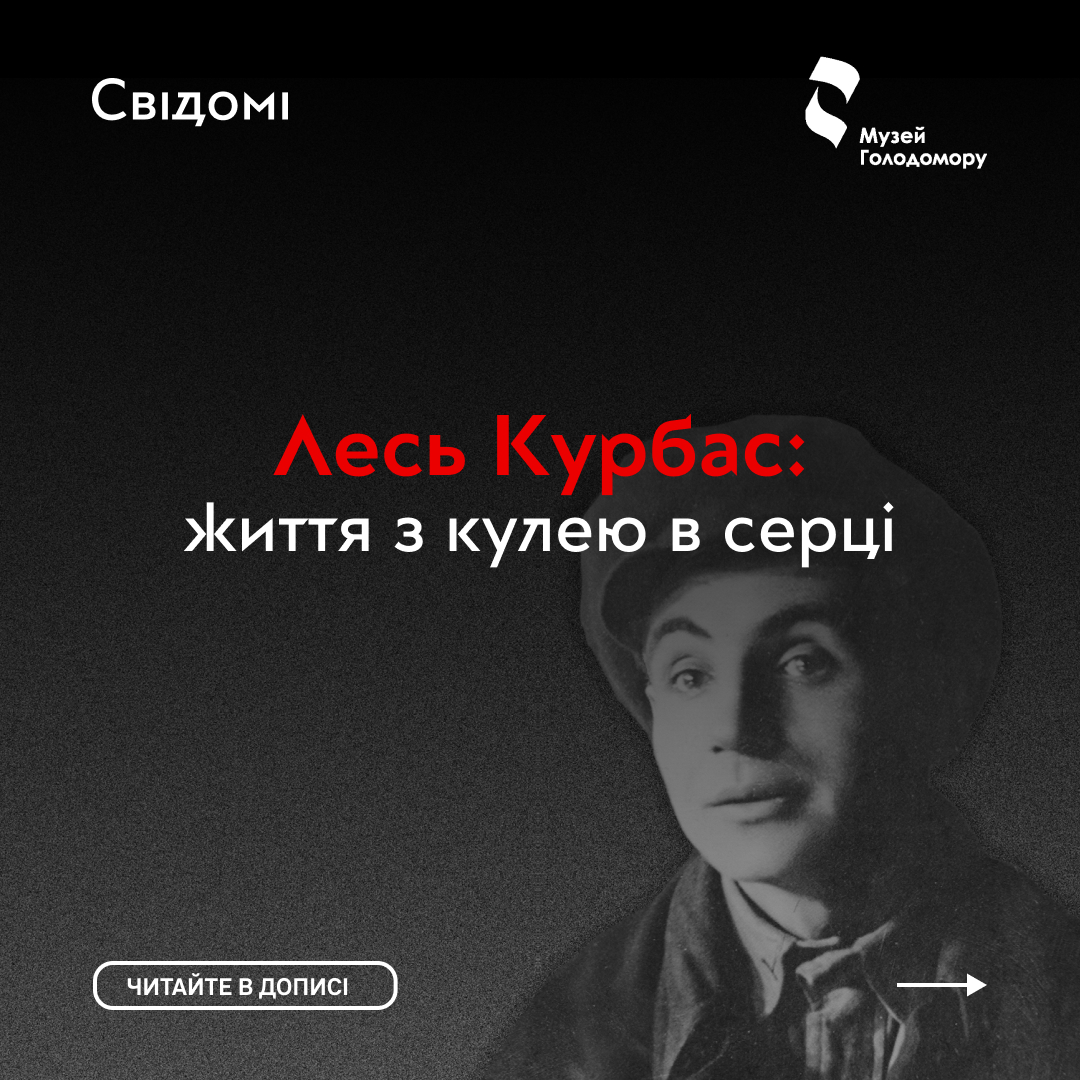 Les Kurbas: life with a bullet in the heart

Les Kurbas is known primarily as the founder of the “Berezil” theatre and a director. Some mention the legend that he and Mykola Kulish, were killed with one bullet for two. The Holodomor Museum, in cooperation with Svidomi, tells about the life of a director who carried a bullet in his heart for half his life and died due to a bullet from the Stalinist regime.

Oleksandr-Zenon Kurbas was born on February 25, 1887 in Sambor, Lviv Oblast, into an acting family. The young man studied at the Ternopil Gymnasium, later, at the Lviv and Vienna Universities. At the same time, he graduated from the drama school at the Vienna Conservatory. Since then, his life forever connected with the theatre.

Having returned to Halychyna, he worked in the Hnat Khotkevich Theater and later – in “Ruska Besida”, where his parents once performed. Here, the first drama happened in the life of 26-year-old Kurbas – he fell in love with actress Kateryna Rubchakova. But she was married. Burning with unrequited love, Kurbas shot himself with a bullet stuck in the lower part of his heart. The Krakow surgeon who saved the young actor was never able to get it. Kurbas walked with it until the last days of his life, until it was interrupted by another bullet.

At the invitation of director Mykola Sadovskyi, Kurbas first moved to Kyiv, where he founded the “Young Theater” and “Berezil”. Then – to Kharkiv. Shevchenko’s “Haidamaks”, Shakespeare’s “Macbeth”, Moliere’s “Monsieur de Pourceaugnac”, Mykytenko’s “Dictatorship”, Kulish’s “Mina Mazaylo”, “People’s Malachy” and “Maklena Grasa” – this is not a complete list of plays staged by Kurbas. He sought to Europeanize the Ukrainian theatre, to combine national traditions with the latest forms of the European stage.

On the eve of the premiere of Maklena Grasa, which took place at the end of September 1933, Kurbas was invited by the second secretary of the Central Committee of the CP(b)U Pavlo Postyshev. He said he considered him “today the only director in the country capable of creating a theater worthy of the era,” and demanded a complete reorientation and change of beliefs.

“I’m an old soldier of the scene, it’s too late for me to change my beliefs,” answered Kurbas. “It’s a pity,” said Postyshev, “I feel sorry for you.” The fate of the artist was determined.

On October 5, the director was removed from the management of Berezil. He went to Moscow and got a job at the state Jewish theatre, trying to demonstrate the groundlessness of accusations of Ukrainian nationalism. It did not save.

“A sincere confession” was taken into account: on April 9, 1934, the director was sentenced to 5 years in the camps. It was a fairly mild sentence for those times, because 47-year-old Kurbas had a chance to be released. However, the communist regime had no such intention.

In prison, Les Kurbas continued to engage in theatre. His troupe consisted of arrestees, among whom were educated, intelligent people, mainly professional actors or musicians, who until recently played in theatres and suddenly became “enemies of the people.”

Kurbas’s assistant in the Tsekhansky camp theatre, whose memories were recorded by Les Taniuk, recalled: “We believed that working with Kurbas was the same as graduating from a theatre institute. He was a born pedagogue, an educator: just from the first day, you could say, all talented people loved him. Even experienced actors were impressed by his art – both the director’s performance, the skill of interpreting the play, and, most importantly, the ability to reveal new, unknown things in the actor… I remember that Kurbas burst into tears when he first appeared on the stage: “God ! Theatre!”. As for him it was the highest holiness.”

Tsekhansky adds that everyone hoped, Kurbas would be released early – “he was already too well-known, the whole country knew him!”. He didn’t come out. On November 3, 1937, he was shot in the Sandarmokh tract along with other representatives of the Shot Renaissance, including Mykola Kulish, Valerian Pidmohylnyi, Mykola Zerov, Valerian Polishchuk, Hryhoriy Epik, Marko Voronyi, Mykhailo Yalovy.

Kulish and his friend and colleague from the “Berezil” theatre ended up next to each other – they were on the firing list under the neighbouring numbers 177 and 178. Therefore, a legend appeared, as if they were killed with a single bullet, placing them next to each other.

Five years after her husband’s death, his wife, Valentina Chistyakova, did not know she had become a widow. The death certificate she received, reported that Les Kurbas “died on November 15, 1942 from a brain hemorrhage.” It was another “truth” of the regime.

Todos Osmachka: a poet from hell.

The curtailment of Ukrainization in the Kuban.

Ivan Bahrianyi: the one who was running over the abyss

At first, there was “Word” (“Slovo”): the story of one house