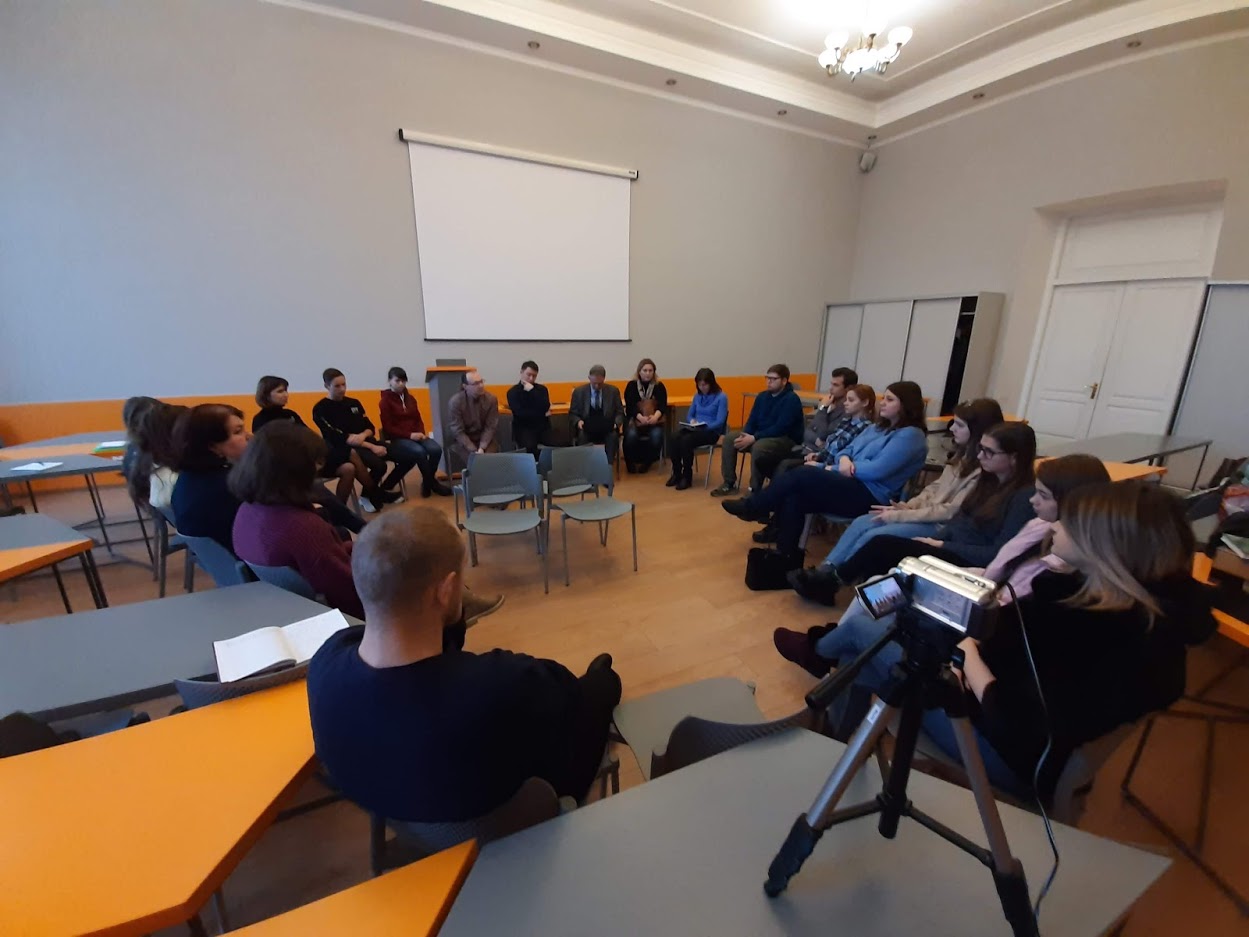 Historical Winter School “Holodomor: To Know in order to Live”

Historical Winter School is a joint project of the Holodomor Museum and the Historical Faculty of Taras Shevchenko National University of Kyiv.

During December 2–6, 2019, everyone interested was able to visit the lectures, focused on the study of the Holodomor genocide.

The lectures of the winter school were the academics of leading Ukrainian universities and research centers, famous historians, lawyers, ethnologists, psychologists, doctors.

Every day during the week, at the Historical Faculty of the Taras Shevchenko National University of Kyiv, the students attended the lectures, after which the discussions were held.

Program of the School

Lecture: “Holodomor as a Culmination of Russian Strategies of Destruction of Ukrainian Identity from the 18th century”

Lecture: “The Holodomor Vicrims: To Count Everyone or to Calm Down?”

Workshop: “Psychological Effects of the Holodomor Traumas: To Survive or to Overcome?”

Lecture: “The Holodomor as the Crime of Genocide against Ukrainian Nation in accordance with the UN Convention on Prevention and Punishment of Crime of Genocide: Intent to Commit  Genocide, Victims and Perpetrators, Genocidal Actions”

Lecturer: Andrii Kozytskyi, Candidate of Historical Sciences, associate professor at the Department of Modern History of Foreign Countries of Ivan Franko Lviv National University, the author of the first Ukrainian handbook about the genocides.

Lecture 1: “The Holodomor in the Context of the 20th Century Genocides: Universality ans Uniquenes of Mass Extermination of Ukrainiand by Starvation”

Lecture 2: “The Cheapest Weapon: Famine as an Instrument of Political Influence in the 20th Century”

Lecturer: Andrii Kis, expert of the higher qualification class, doctor of the highest category, deputy director of Kharkiv Bureau of Forensic Expertise, Candidate of Medical Sciences. He personally delivered the results of the forensic expertises related to the Holodomor in Ukraine in 1932–1933 to the Vice President of PACE.

Lecture: “Forensic Assessment of Mortality in Ukraine in 1932–33 as a Part of Complex Study of the Holodomor”

Lecturer: Olesia Stasiuk, Director General of the National Museum of the Holodomor Genocide, Candidate of Hiostorical Sciences, ethnologist, curator of international and Ukrainian exhibition projects about the Holodomor.

The Director General of the museum Olesia Stasiuk summed up the work of the winter school. She thanked the participants, invited them to take part in events organized by the museum, and noted that the museum was open for collaboration, in particular, invited students to practice at our museum, and encouraged her to write scientific articles related to the Holodomor theme. The Director General spoke about the construction of the second part of the Holodomor Museum and stressed the importance of investigating the Holodomor genocide. Finally, Olesia Stasiuk gave the certificates to those participants who attended at least three-quarters of classes within the Winter Historical School.